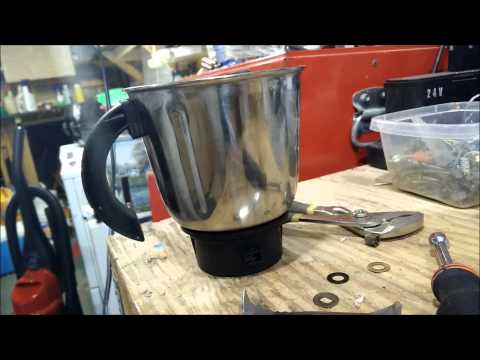 How to replace the Mixie base or blade in a Preeti, Premier, Sumeet or Butterfly Mixer Grinder Jar

How To Change Blade In Mixer Grinder

As a professional Mixer Grinder operator, you know that it is important to keep your blades sharp. But what do you do when the blade becomes dull? The answer is simple—change the blade! Here’s how:

1. Make sure that the grinder is turned off and unplugged.

2. Open the grinder’s cover and remove the blade.

3. Inspect the blade for any damage or wear. If necessary, replace the blade with a new one.

4. Replace the blade by placing it in the grinder’s housing so that the teeth are facing the motor.

5. Close the cover and turn the grinder on.

Steps To Changing The Blade In Your Mixer Grinder

Changing blades in a mixer grinder can be a daunting task for the average home mechanic, but with a few simple steps, the process can be easily completed.

How Often Should You Change The Blade In Your Mixer Grinder?

It really depends on the quality of the blade and the frequency at which it is used. If the blade is constantly getting clogged or if it is not cutting the material correctly, then it may need to be replaced more often.

Tips For Changing The Blade In Your Mixer Grinder

1. Remove the old blade by unscrewing the blade holder.

The blade in a mixer grinder is the only moving part and can become worn over time. Replacing the blade regularly can help to keep the grinder running smoothly and prevent problems.